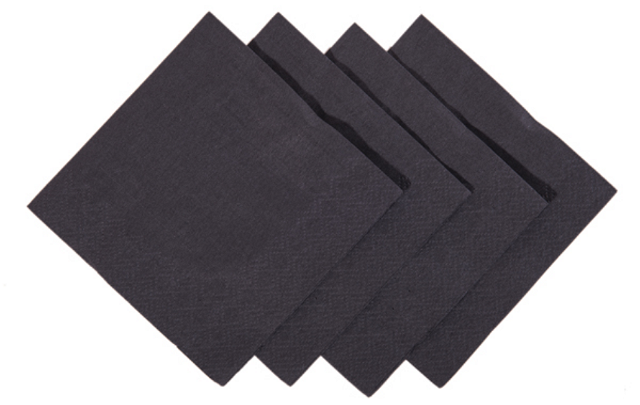 Black Napkins is the first song that I ever saw Frank perform live (on the Mike Douglas Show).  I was home from school after breaking my arm playing an EXTREME game of "Bozo Buckets".   I had seen Frank on different shows and had obviously heard of him.   i kept hearing "Frank Zappa is weird".   When I saw this performance, I was dumbfounded. I was trying to figure out "the weird part".   BN is still one of my all time favorite songs.   Love your three interpretations of it here!  Thank you for these!

Dweezil: What are the L.A. tone secrets (EQ) for getting the sound you get here, without the high strings being too harsh, and for the low end to stay crisp and not flabby? The segment of 5150 with Paul Gilbert had that same quality - tight, and not piercing anywhere along the neck. I assume some that is due to compressor usage as well?

I'm using the Fractal Axe Effects III on these tracks. That unit provides complete control of every aspect of my sound down to exacting detail, and the sound is fed directly to the PA and to the F.O.H. recording system, no microphones involved. In general, I start with simple ingredients. The guitar (Roxy SG) going into 2 axe fx modeled Marshall amps set with different gain stages and eq. One with more gain and darker eq and one with less gain with brighter eq and more transient response. They go directly to a few different cab impulse responses. The ones I use were made from impulse responses of my dad's actual speaker cabinets (Marshall cabs filled with JBL speakers) he toured with in the late 70's (my favorite tone era of my dad). That already creates the realism and depth I'm looking for without have to do much overall eq adjustment. This distorted sound doesn't use compression in the signal path. I do use compression for a lot of blended sounds especially when I have a clean sound mixed with a dirty sound. On those occasions I use parallel compression (studio style compression not guitar pedal compression, mixed in with the rest of the signal) because it allows the transients to pass through but also adds sustain and control. For Black Napkins there's no compression on my guitar but there is compression on the mix which controls peaks and brings out the detail in the sound.

As for Paul Gilbert's tone in the episode, I did add compression from both a virtual tape machine and a mastering compressor to bring out the detail of the reverb.

Keeping frequencies manageable starts at the guitar and amp, making sure nothing is too harsh or too muffled out of the gate. After that it's about enhancements instead of corrections.

Sounds lovely..gave me the old goosebumps there..

I had a thought just now. It's about the sheer clarity of virtually ALL of the works that Dweezil has posted to the site so far.
It is hard to describe. Especially now that I finally have a killer audio system for play back from the old Macbook Pro 17" screen. Dweez has it SO DIALED In!
Here's what I'm talking about.
I've maintained this computer since 2010. Opened-er right up as time's passed, and replaced a mouse pad, battery pac, SPEAKERS because I keep frying them....

So just now in my dimly lit, "Off the grid", satellite internet home, (NO wires to here from the outside world), I completed a sweet, specialized maple shelf for all my computer sound gear! I made it from trees I harvested for my (Hopefully) new log home next year when all the snow melts!

So all the audio drivers are now at the PERFECT listening height, and separation for "MY" ears! (Took me almost week to precisely pinpoint!) It is Bose Audio equipment, (Not the Bose pro equipment like my PA system), but the better of the 2 they offer for computers, (REALLY sound clear and thumping!). Then in between those, a Bose Wave Radio  which has brilliant, ongoing years of sound wave research gone into it.. Between the 2 systems and a simple Belkin headphone cable to divide one headphone jack into 2 separate stereo outputs, it supplies both  Bose systems systems! Never had sound like this from anywhere on my computer until tonight! Dweezil tops amazon streaming for quality a hundred times over! OR YouTube OR Vimeo Or.... U get the picture.. If you need it... DO IT! U won't regret it.

I just can't hear this amazing musical perfection enough! Ohhh it's SOOOO good! SO innovative . Just the finest music EVER!