Zappa and Politics In Music and Entertainment

Zappa and Politics In Music and Entertainment

I loved how everything and everyone was a potential target of criticism and humor in the music and commentary of the genius FZ.

His ideas never appeared rooted in any one-sided position.

His art was the best kind. It worked like a pill to  develop free, independent thought.

As I type this, FREE THINKING IS AT AN ALL TIME LOW.

In my life, I have supported several outside of the establishment candidates.

Zappa for President was a great idea once upon a time. I believe that Zappa, or even Perot if elected, would most likely have experienced attacks similar to what POTUS 45 experienced.

I was watching a Dead and Co live concert last week. And, the talking heads, before the show started, were pushing divisive political propaganda. This Org is doing it wrong. The live chat was full of people trolling and clowning on them, and everything they were pushing. It was very telling.

Everything is being thrown at us, to weaken and divide instead of unite us.

All of the fun is being sucked out of life and the human experience.

Who wants to write some protest Music?

The RED LINE has been crossed against our guaranteed freedoms. Fascism is here.

The so called “anti-fascists” of last year are completely silent right now about that. Because, they wouldn’t know a black shirt from a dick squirt.

Corporations are doing the dirty work of the powers that be. Now they are threatening people jobs, attacking labor unions, free thinkers, and people of faith.

It is flat out discrimination, and an excuse to root out political dissidents.

Quarantine concentration camps are coming for you. They already have them in Australia.

In New Zealand the government already took away the guns of their citizens a few years ago.

There is so much to say about things..

I’m not. I have just as much to risk.

Are you afraid of being canceled for speaking your mind?

I’m speaking my mind; because, my hero FZ sure would be saying what he thinks right now. 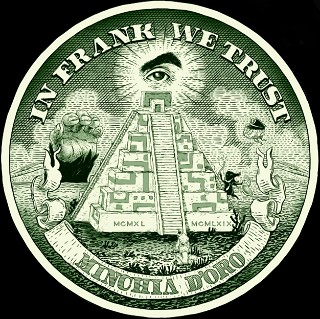