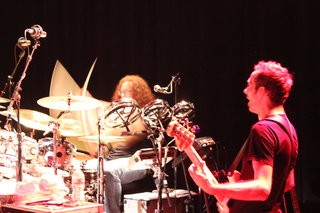 The first leg of the Roxy & Elsewhere 40th Anniversary tour is almost over and this is the first chance I have had to take a moment to share some thoughts about it with all of you.

When the gear arrived in Rhode Island there were some technical problems that we discovered in the in ear system as well as in my guitar rig. While it's not uncommon to experience some of this kind of stuff on tour it is uncommon for it to nearly cripple the show production.

At Lupo's we had some real gremlins to identify. A lot of time was spent trying to get the gremlins exterminated. Unfortunately we were forced to work well beyond show time with a full crowd in the building to get this sorted. While it's not my favorite way to begin a tour The SHOW must go on. The good news is that we were able to find a band aid fix and perform the show, albeit without a proper sound check. It was a long first day!

The technical problems continued in decreasing amounts as the days went on but fortunatley things started to become more predictable and dependable.

The material on this tour is a great combination of fun groovy stuff, intricate difficult compositions, as well as wild energetic tunes that may surprise some folks. For me there is an immediate connection to the solo sections in this collection of tunes. It has allowed me to strectch the boundaries of my playing even further. This accounts for the sonic landscape as well as the harmonic content.

The band itself is having fun playing together and the new rhythm section is feeling really good! 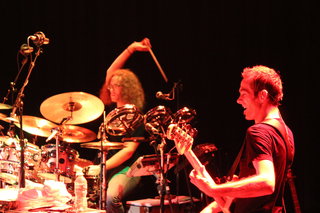 We have many more great things planned as the tour continues. More surpise songs and more Dweezilla on the road pre-show guitar classes (which have been a lot of fun BTW.) 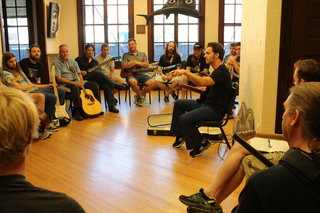 Looking forward to seeing you all out on the road! 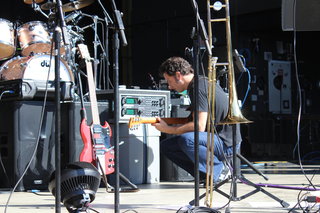 Let's dive deep into  crypto superstar erfahrungen . No wonder we all lead decent lives today - kudos to our parents! They have invested their time, done all the hard work and mostly put their MONEY into making our dreams come true, BIG Dreams! Even so, they keep eating our heads to save money and more money, and we keep wondering how to do that. Besides, how are we supposed to convert our small savings into big returns?

Wow Astounding. This article is significant and I additionally bought this thing Spatula For Nonstick Pans and have wonderfully inconceivable experience read more

Wow Astounding. This article is useful and I additionally purchased this item and have exceptionally incredible experience more about this product

Provides Traditional Life Insurance with free living benefit riders that offers cash payout claims for terminal, chronic, critical illnesses and injuries. This is life insurance that you don’t need to die to collect that enables you to protect your income, assets, family and lifestyle.

We provide customers with a full line of Septic Services in the metro Atlanta area. Septic pumping, septic cleaning, and septic repairs are our specialty. Call us and we will bring years of experience to successfully service, repair, clean, pump or replace your septic system.